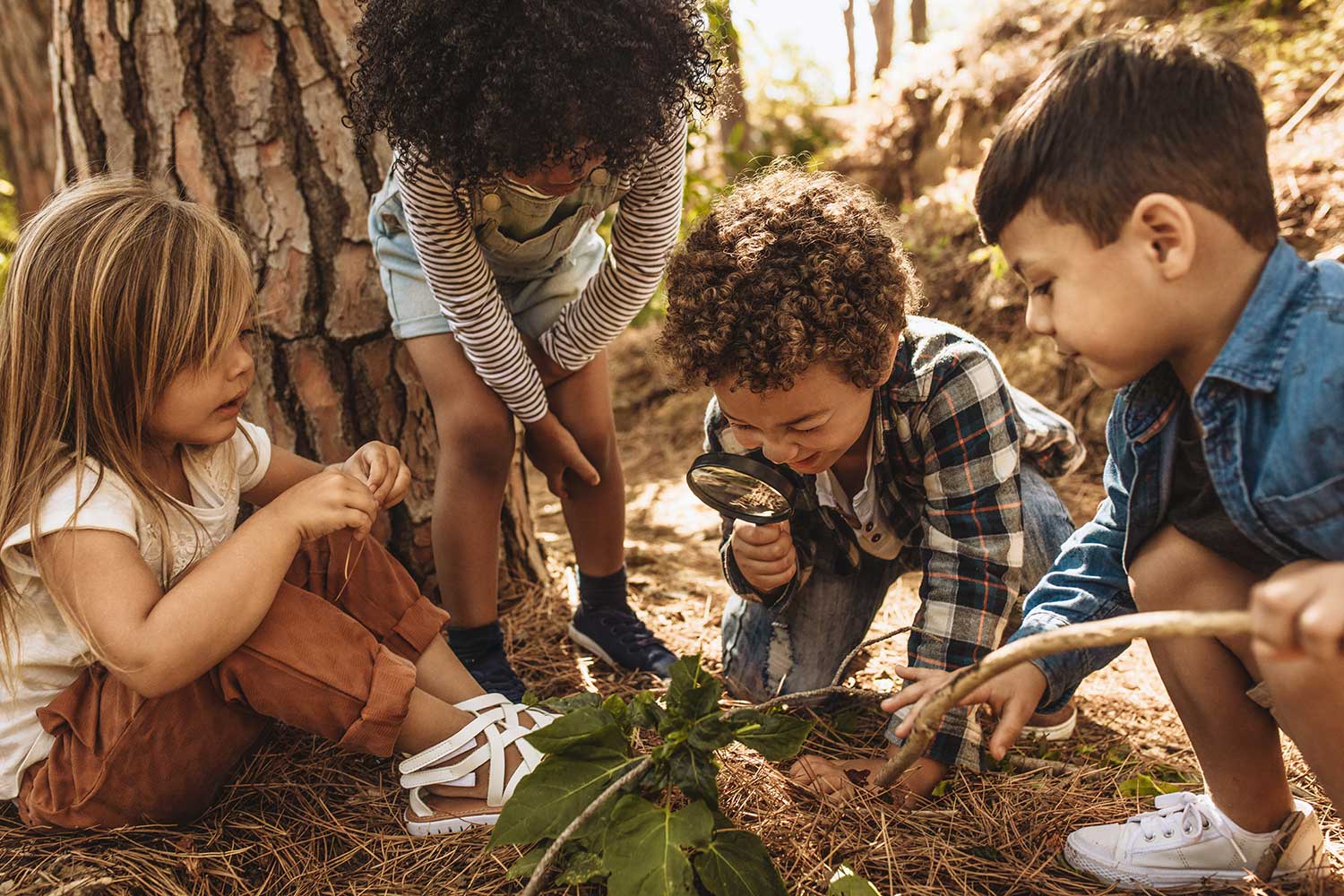 A master-planned estate of more than 350 hectares, Watagan Park truly is Nature’s Playground.

A fantastic lifestyle opportunity for you and your family, Watagan Park is a tranquil and unique natural sanctuary. With a third of the development remaining natural bushland for the enjoyment of residents, you can now sit back, relax, and indulge in your own peaceful retreat in the heart of Nature’s Playground at Watagan Park.

Imagine living in Nature’s Playground – a place where your children can explore bushland trails every day and meander 100m to one of the top schools in NSW.

Where else can you shop at a major retail hub just 10 minutes drive away and be at the beach in 30 minutes! You can have all this and more at the exciting new Watagan Park development.

With verdant bush, walking and cycling trails, sporting fields, a retail complex, quick and easy access to the M1 (Previously known as the F3) and existing railway infrastructure, nearby waterways, a childrens’ playground, community centre and thoughtful estate landscaping, families can enjoy a play time lifestyle in their busy lives. 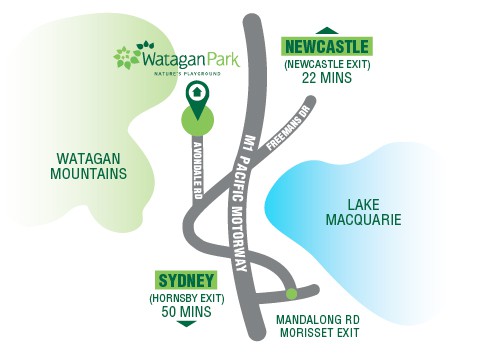 Watagan Park is located in the Lake Macquarie Local Government Area on the east coast of Australia, in the Hunter Region of NSW. Lake Macquarie is the fastest growing city in the Hunter, and one of the largest cities in New South Wales. It has an estimated residential population of 202,347 as at March 2012 and is the fourth most populous city in NSW – in the top 7% in Australia for largest growth in a city. Lake Macquarie accounts for 37% of the Lower Hunter population, which is expected to grow by 60,000 between 2006-2031, creating demand for 36,000 new dwellings and 12,200 new jobs.

Lake Macquarie has a diverse industry base that helped to shield the city from economic crisis (GFC), by reducing its exposure to negative external shocks, volatile growth, and economic cycles. Lake Macquarie has over 12,000 businesses, predominantly small to medium size and approximately 2,000 businesses enter the market each year. Leading industries as a proportion of employment include health and community services, retail trade, and manufacturing. Together these industries employ over 30,000 people. However, home business generates $1.5 billion per year for the city. And there is a move to smart business in the city with growth in the knowledge and technology based sector. 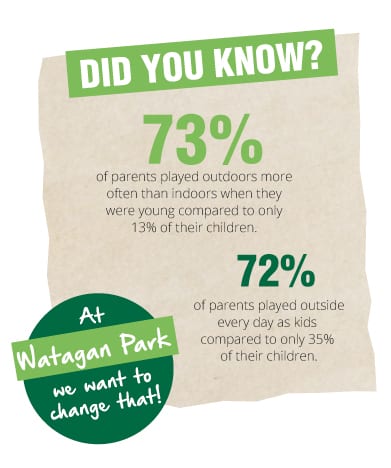 We believe in outside, and we’re here to ensure families are given every opportunity to enjoy the benefits of being outdoors. Watagan Park is Nature’s Playground – our community, with nice big blocks, quiet streets, and prime location at the foot of the Watagans, provides our residents with more opportunity to live a healthy, active lifestyle.

With the nearby amenities of Lake Macquarie and easy access to the M1 and the railway, Watagan Park is as close to paradise as you can get. A plethora of lifestyle activities available for the entire family, including bushwalks, waterskiing, horse riding, rock climbing and bike trails, Watagan Park is perfectly situated to give you the lifestyle of your dreams. 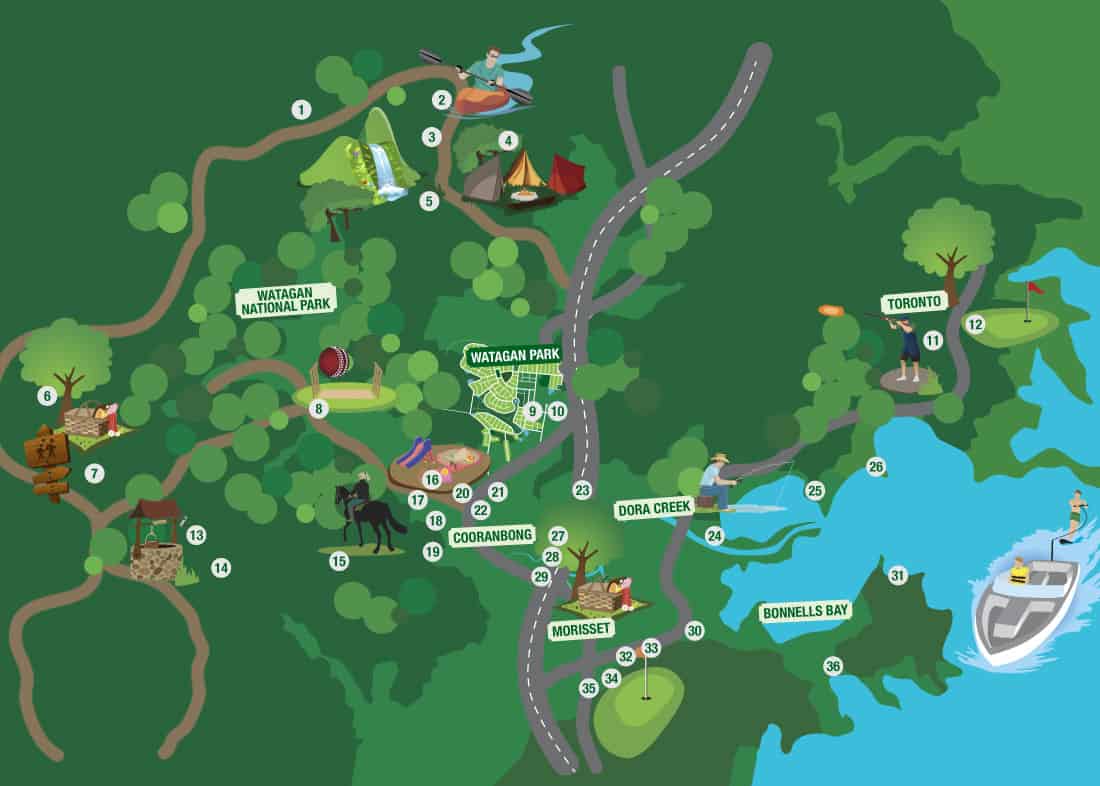 Register Your interest for our land releases
download information brochure

OPENING TIMES
Monday to Friday: By appointment
Sunday: 10:00am to 4:00pm

REGISTER YOUR INTEREST
Go to Top